Pugh said she is interested in retaining, expanding, and attracting businesses to Baltimore – not unusual for any city. She referenced the need to get those who do business with Baltimore to build their factories here, living and working all in the same place, because it is attractive small businesses that equate to jobs.

What was unique was the particular business the mayor said she was trying to catch the attention of: Amazon. Specifically, the tech company’s HQ2. However, in order to attract such an opportunity, she said the story of Baltimore cannot remain the same.

“We have got to change the narrative of our city,” said Mayor Pugh.

She explained that Baltimore needs to sharpen its focus to employment and employment opportunities. The city has gotten national attention over the years, most recently for the removal of Confederate monuments. But Mayor Pugh said there was no coverage of an employment and job readiness convention held last week at the Baltimore Convention Center, which caused her to re-emphasize her sentiment: “Change the narrative; challenge the media,” adding that the more we do together, the better we’ll all be.

The mayor didn’t shy away from the city’s problems. In fact, she said change doesn’t happen if problems aren’t called to attention. She mentioned her belief in a holistic approach to crime and, in that, highlighted an uptick in police officers heading to the academy. With 181 officers, the academy is seeing its highest numbers since 2004, Mayor Pugh said.

“When we lift the least, we lift all,” Pugh said. “For too long we’ve not diversified those opportunities.” 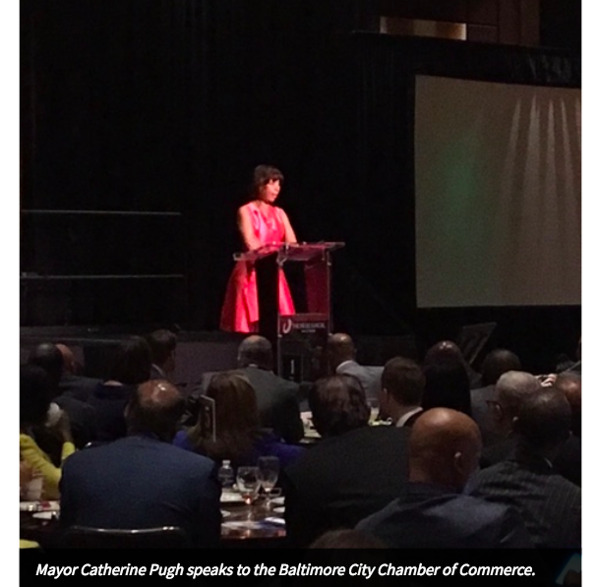