Beginning this month, families of four with incomes of up to $71,525 can apply for the state’s Child Care Subsidy Program. The previous income limit was $35,702 for a family of four.

“This opens it up for so many more needy families,” said Crystal Hardy-Flowers, who runs the Little Flowers Early Childhood and Development Center in West Baltimore.

Hardy-Flowers said that over the decade she has run the child care center, she has seen parents wary of accepting raises or disappointed to forego overtime to make sure a small bump in pay doesn’t cause them to lose their vouchers. Others have been shut out altogether because they made too much to qualify but not enough to afford the $480 to $820 that Flowers charges a month for newborns to school-aged children.

“This is a big relief: you can work eight, nine hours and know your children are well cared for. It’s a burden off,” she said. “Sometimes a dollar or two more an hour would knock them out of the system.”

The move is the latest in a series of changes that include eliminating a waiting list and increasing the value of the vouchers.

The Department of Education announced the new income eligibility guidelines last week, raising eligibility to 65 percent of the state median income. Under the new levels, a parent with one child can earn up to $48,637, from $24,277, and families of six can earn as much as $94,413, from $47,127.

Bill Reinhard, an education department spokesman, said he could not predict how many more families would access the subsidy but the agency anticipates it could be 10,000 or more.

The number has fallen dramatically over the last decade as the value of the voucher diminished and fewer families qualified because income eligibility had not been adjusted for years. About 13,500 families are using the vouchers this year, down from about 24,700 in 2008.

The state expects to serve all eligible families, Reinhard said. Applications are available online or through advocacy groups, such as the nonprofit Maryland Family Network that operates a hotline to help families understand their child care options.

The value of the voucher depends on a number of factors, including the family’s income, the facility a parent chooses and how many hours a child is in care. In many cases, families make up the difference between what the voucher covers and how much the facility charges. Child care centers are not obligated to accept the vouchers.

To qualify, in addition to meeting income thresholds, parents must work or attend school and seek child support if both parents do not live together. Children also must be immunized.

For a child older than 2 who attends a center in Baltimore, the maximum subsidy this year is worth $123 a week while the average cost for full-time care for a child that age would run $170, according to an analysis by the family network. A parent’s share increases as their income rises.

Margaret Williams, who runs the family network, called the changes the most significant advancements in early care and education in Maryland in more than a decade. Giving children a chance to learn in places that encourage their emotional and intellectual development provides them lifelong advantages, she said.

“This is astounding,” Williams said. “It is such a time for celebration.”

Earlier this year, Gov. Larry Hogan announced plans to spend $11.5 million to wipe out the wait list that had left people at the highest income thresholds frozen out of the program since 2011. He also set in motion the increases to the income eligibility thresholds by calling for the changes in the governor’s budget.

In March, lawmakers approved a bill that makes the vouchers worth increasingly more over the next several years. The subsidies have been so low, they only covered payments for about 10 percent of the child care available, which critics said condemned children in poor families to the lowest-quality care. The legislation requires the vouchers to cover 60 percent of the available child care by the summer of 2021, and that the subsidy’s value must never fall lower.

That’s less than the 75 percent recommended by the federal government for state voucher programs. The last time Maryland’s were worth that much was 2001.

About $90 million is budgeted for the program in the current fiscal year, including the increased spending designated by Hogan. The education department could not say how much the program would cost annually going forward.

Helen Blank of the National Women’s Law Center said the gains Maryland has made are significant. According to the Washington-based nonprofit, the state’s vouchers had some of the lowest market values in the country. Maryland was also one of 20 states with waiting lists and the co-payments required from parents were the second-highest.

Where Maryland ranks now is not clear, as legislative changes across the country are underway following an increase in federal funding from the Child Care and Development Block Grant, Blank said. Increases to the Maryland subsidies also are tied to the federal funding boost.

“This is a big jump,” Blank said of Maryland. The state “made a lot of progress” that moves closer to building a child care system that “reflects the needs of working families and strives to provide high quality care to children.”

The governor said the changes will mean more children arrive at elementary school with a strong foundation for learning.

“This program is critically important to expanding educational opportunities for Maryland’s low-income working families who depend on this assistance,” Hogan said in a statement. The investment “allows us to provide more families with much-needed relief and ensure that more of our kids have access to quality child care and educational programs, providing the foundation for success in the classroom.”

Del. Brooke Lierman, a Baltimore Democrat, said the changes are a start to ensuring all families have access to affordable, high quality child care. She wants lawmakers to find more ways to defray the cost of child care for more families. She wants to see the income thresholds for the child care subsidies extended so more families can access them, and, in turn, increase the number of centers that pay their child care providers a living wage.

“Child care is so expensive,” Lierman said. “There is so much more to do. We have to make sure that there is high-quality, affordable child care available for every single child who is born in the state of Maryland so every mom and dad who wants — or needs — to work outside the home can work outside the home.” 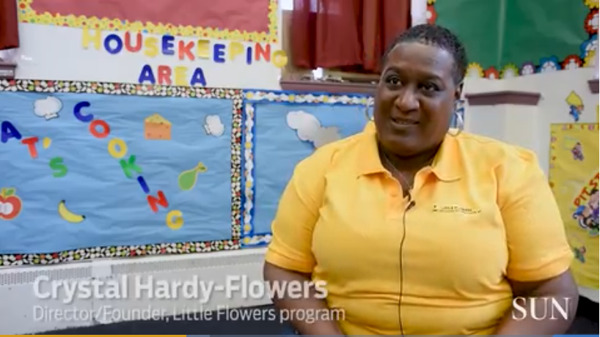