City Councilman John Bullock reintroduced the ban at Monday’s council meeting as part of an effort to cut down on foam cups floating in Baltimore’s waterways. The bill states that “no food service facility may use any disposable food service ware that is made from polystyrene foam.”

“It’s something that we should be looking at here in Baltimore,” Bullock said. “Those who opposed the bill, I understand their point of view. I think it’s important to look at alternatives that are more environmentally friendly. We need to be better environmental stewards.”

In 2013, the council postponed action on a proposed ban after several members withdrew their support.

A city commission that summer said the bill would be too costly for local restaurants and carryouts. They also said the ban by itself wouldn’t be enough to meaningfully reduce litter in Baltimore.

The legislation has faced tough opposition from businesses in the past.

Bullock, though, expressed optimism that younger, more progressive members of the City Council voted in last year would support the legislation. He brought to the council floor a cluster of white foam products that had become mushed together in the water — underscoring the point that the products do not break down easily when discarded.

Bullock’s bill would impose a $1,000 fine against any business that uses foam products. It would take effect 90 days after the mayor signs the bill, should it pass the council. He said he is open to negotiating details of the proposal, including when it would take effect.

City Council President Bernard C. “Jack” Young, who has opposed previous iterations of the bill, declined to comment on the new proposal. 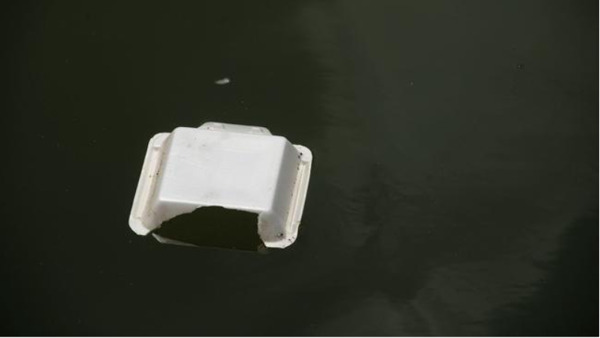